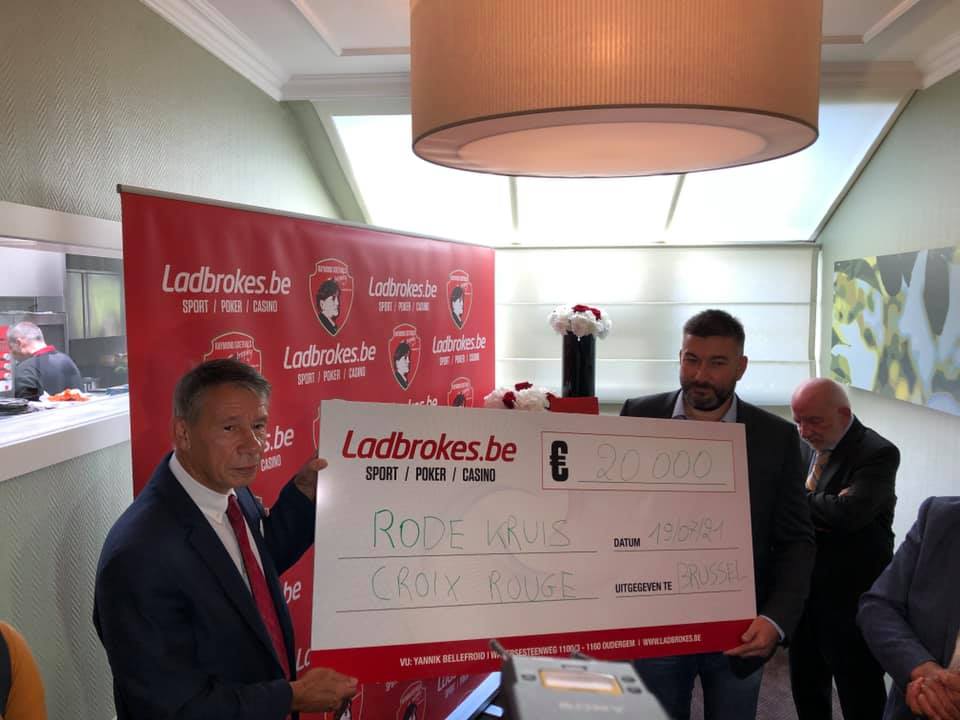 The Raymond Goethals Trophy donates 20,000 euros to the Red Cross

The organizers of the Raymond Goethals Trophy will donate, in collaboration with their sponsor Ladbrokes.be, a check for 20,000 euros to the Red Cross in order to come to the aid of the victims of the floods which hit Belgium at the end of last week. This was announced by Louis De Pelsmaeker at the start of the 2020 trophy ceremony on Monday 19/07/2021 in Ganshoren. Oud-Heverlee Leuven coach Marc Brys is this year's winner of the trophy.

On Monday, the federal crisis center announced that the official provisional toll of the floods that hit Belgium was 31 people dead and 54 people hospitalized.