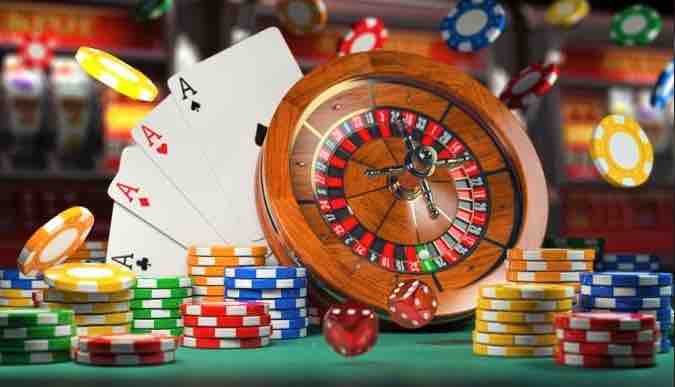 To counter the phenomenon of addiction, by the end of 2022, gambling advertisements should have disappeared in Belgium. In the Netherlands, the message seemed just as clear when the Minister of Legal Protection, Franc Weerwind, took office last January. He was supposed to work on a ban on gambling advertisements, as decided under the ministry of his predecessor Sander Dekker (Volkspartij voor Vrijheid en Democratie - VVD). And yet in a recent written answer to questions asked by MP Evert-Jan Slootweg (CDA), who refers to the text of Vincent Van Quickenborne (Open VLD), it appears that he does not share the same view as our Minister of Justice. "Gambling is different from smoking. When we smoke, we know that every cigarette is bad for our health. Gambling is a form of recreation for many people and is not a problem for a very large part of the population. He does not consider a total ban on gambling advertisements desirable.

As in Belgium, legislation on gambling recruitment, advertising and addiction is also being amended in the Netherlands. In this context, Evert-Jan Slootweg, Member of Parliament, has put a series of questions to the Minister of Legal Protection, Franc Weerwind. According to the addendum to the annual report of the KSA (Kansspelautoriteit), the Dutch authority that controls the gambling landscape, "the number of hours spent by gamblers on the internet is growing at an alarming rate", says Evert-Jan Slootweg. Franc Weerwind disagrees in response. "The figures do not give a complete picture of the situation. If the number of hours people spend on the websites of legal providers has increased since October 1, 2021, that does not automatically mean that the total number of hours played has increased." Furthermore, "it's not necessarily a bad sign that more play is taking place at legal providers. This is one of the goals of Dutch gambling policy: to ensure that when people gamble, they do so in the safest possible way.

In a second question, Member of Parliament Evert-Jan Slootweg wanted to know exactly how much the number of gamblers had increased. Franc Weerwind replied: "We do not have exact figures for the period before 1 October 2021. What is clear is that young adults between the ages of 18 and 23 are over-represented. This group accounts for 17% of the total number of player accounts in the Netherlands. This is despite the fact that this group represents only 11% of the Dutch population. While Franc Weerwind acknowledges that "this remains a vulnerable target group that needs to be well protected", he recalls that he has previously intervened to change the legislation. Instead of preventing young people from gambling, he felt it would be better to "prevent young adults from being tempted by bounties. Players under the age of 24 have not been able to use bonuses since then."

More gambling addicts "because" of advertising?

"Vincent Van Quickenborne (Belgian Minister of Justice) has painted a picture that advertising has acted as a fire gas pedal for gambling addicts," says Evert-Jan Slootweg. And Franc Weerwind confirms that "advertising is necessary because of the channelling objectives, i.e. to ensure that people who want to gamble online do so in a legal and safe environment. The best protection, especially to protect the most vulnerable groups, remains legal. He added: "An increase in the number of gambling addicts compared to the number of gambling advertisements cannot yet be substantiated by figures. This is because the National Alcohol and Drug Information System (LADIS) is currently not operational. It will probably be operational again as of July 1. As a result, from the autumn onwards, there will again be an overview of the number of people who receive help for gambling addiction. From there, conclusions can be drawn."

Towards a possible ban?

In anticipation of this, Evert-Jan Slootweg asked: "If the increase in the number of people addicted to gambling proves to be true, does this mean that a total ban on targeted and non-targeted advertising will be necessary?" Franc Weerwind replied: "I do not consider a general ban on gambling advertising to be desirable. Gambling addiction does not develop in a few months. It takes an average of seven years, according to addiction experts. If it turns out that the opening of the gambling market in the Netherlands has had an impact on the number of gambling addicts, then we will take additional measures."

In March 2021, the Netherlands passed new gambling legislation to liberalize the sector. "Overall, the new Dutch law has all the characteristics to ensure a free and fair regulatory framework, "Franc Weerwind said in a press release.  "It is a boon for operators. In addition to ensuring a safe framework for players, this law promotes economic growth".