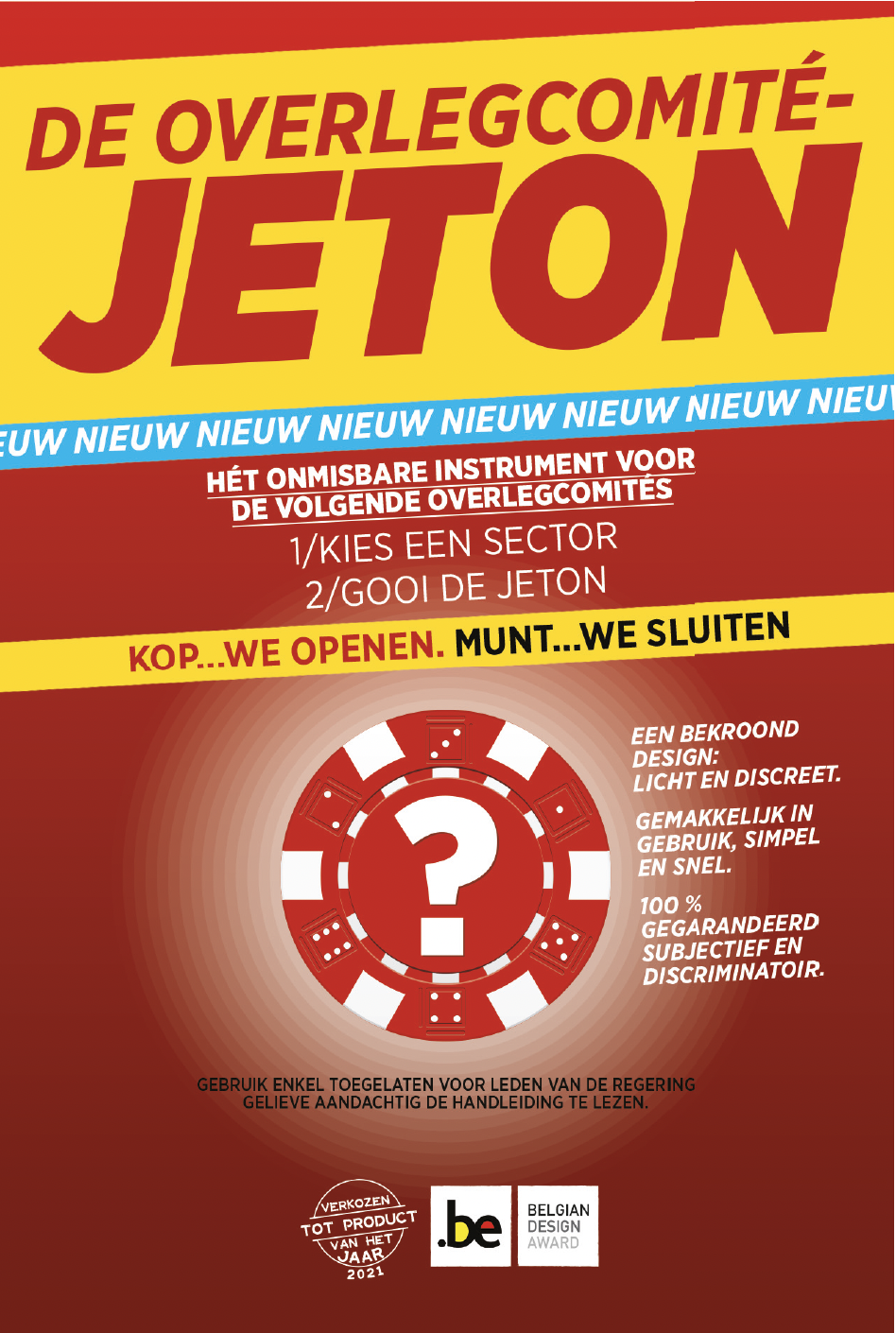 HEADS OR TAILS : Roll your token and find out which sectors will be closing their doors soon

Brussels, January 13, 2022 - The UPAP, Union Professionnelle des Agences de Paris, launches a new tool that will allow Codeco to decide more quickly - and as arbitrarily and discriminatorily as before - which sectors to close or reopen in the near future!

The principle is simple, just choose a sector and throw the token. Heads...we open, tails...we close. No need to sit around a table for hours; hours that Codeco members could then better use to think about a strategy to fight the pandemic on the long term, to enjoy a good mulled wine or to go home without having to worry about whether or not they will be able to feed their children the next day.

Despite the signing of a health protocol and substantial investments in ventilation and air purification systems, the betting agencies are once again closed. From March 13, 2020 to date, betting agencies have been closed 325 days.

There is a total lack of interest from the government in the betting agency sector or in the gambling sector, unless it concerns the National Lottery, which can freely sell its products in bookshops and lottery shops. Ministers, please explain to us the difference between the risk of contamination in a lottery shop and in a betting agency? Hint: there is none!

When reading the decision of the Council of State of January 12, 2022, it is possible to think that even the Justice is not interested in the fate of the affected sectors. The Council of State did not want to judge the discriminatory closure and was satisfied to say that there was no extreme urgency.

A theater, which saw its shows cancelled, apparently has more right to earn a living than a manager of a betting agency, a bowling alley or laser games. Double standards. Could it be that judges prefer to go to the theater and find the other sectors too popular and not noble enough? Belgian justice, class justice?

If our Union understands perfectly the political will to protect the population, it simply wishes that the government takes decisions not on the basis of a token launch but on the basis of real justifications and real needs (we remind you that GEMS had not even advised the closure).

The UPAP has therefore decided to show its discontent during a demonstration in front of the cabinet of the Minister of Justice on Friday January 14, 2022 between 10am and 12pm. The UPAP will offer him, as well as all the members of Codeco, government and parliament, the "Codeco" token which will make their decisions easier.