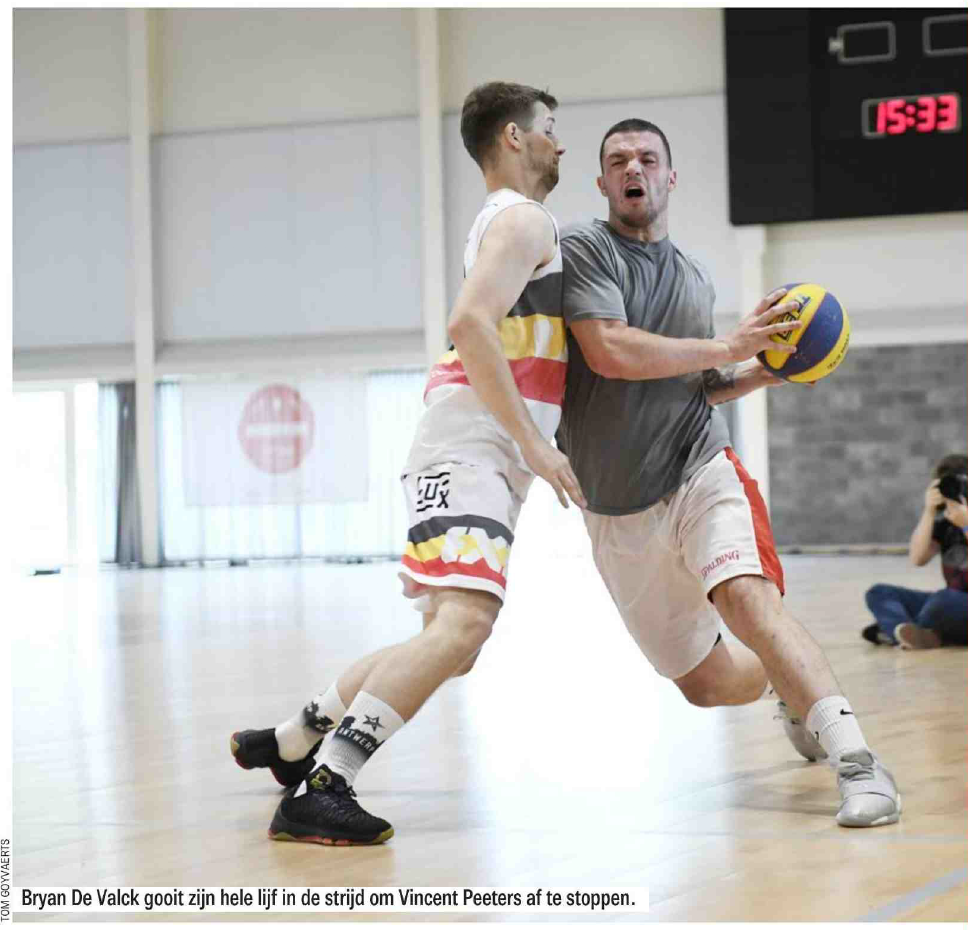 "Wonderful apotheosis of a successful weekend"

After stops in Knokke, Hasselt and Brussels, the apotheosis of the 3x3 Basketball Masters got a nice ending in Antwerp. Not on the Antwerp Groenplaats, but in the Heylen Vastgoed Basket Campus in Merksem. Antwerp Ladbrokes crowned itself the winner. The apotheosis of the 3x3 Belgium Masters was moved from the Antwerp Groenplaats to the Heylen Vastgoed Basket Campus, home of Telenet Giants Antwerp, in Merksem due to the bad weather forecast.

The weather was not too bad in the end, but it was an open secret that in this second corona wave raging through Antwerp, the organization chose to go indoor without an audience instead of playing at the Groenplaats, where there was a lot of passage and therefore spectators. The 3x3 Antwerp Ladbrokes had a busy weekend because Saturday and Sunday it was playing in its own city, but Sunday there was also the tournament in Bielefeld, Germany. After wins in Hasselt and Knokke, Antwerp Ladbrokes with Nick Celis, Laurens Van Den Hemel, Thibaut Vervoort and Quinten Smoutz also won Saturday in Antwerp.

On the final day Sunday, Antwerp Ladbrokes with Bryan De Valck, Laurens Van Den Hemel, Philippe Peeters and Quinten Smout picked up a win, while Jonas Foerts, Nick Celis, Thierry Mariën and Thibaut Vervoort were in Germany. "We just learned that Jonas was out with a slight injury," Philippe Peeters told Merksem. "Physically it became toughfor the three others".

The final in Bielefeld was narrowly lost against the national team of the Netherlands. "Antwerp Ladbrokes meanwhile easily qualified for the final in its own city. It won 22-14 from Antwerp 2. "It was a nice match in a nice accommodation. For us it was a beautiful apotheosis after a successful weekend", Philippe Peeters looks back with satisfaction. "Next Friday there is the 3x3 tournament in Nantes, France. In the FrenchOpen I will be looking for a place in the 1/8th finals with Thierry Mariën, Nick Celis, Jonas Foerts," concludes Bryan De Valck.